"We have used Robert Stock for all our computer needs for a number of years and we have been very happy with the service he has given us. He has also recently created a new website for us which we are very satisfied with. He has always delivered 'on tme' whatever we have asked of him and would recommend him to anyone who wished to use his services. " 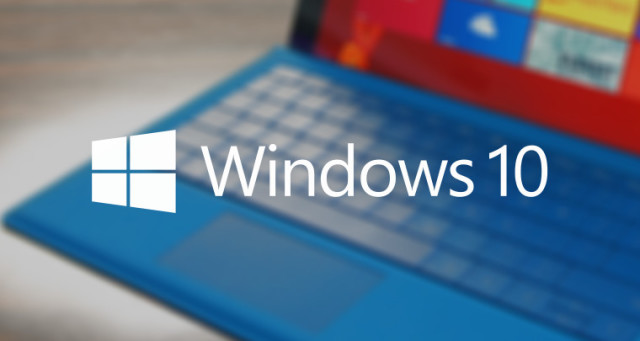 Update: It’s official: Windows 10 is coming on July 29 as a free upgrade to Windows 7 and Windows 8.1 users (for one year). Microsoft’s latest OS will be available to pre-order in the coming weeks when it launches in 190 different markets around the world.

With Windows 8 and today Windows 8.1, Microsoft tried – not entirely successfully – to deliver an operating system (OS) that could handle the needs of not only number-crunching workstations and high-end gaming rigs, but touch-controlled systems from all-in-one PCs for the family and thin-and-light notebooks down to slender tablets.

When Microsoft pulled the curtain back on Windows 10 back in September of 2014, it was clear that, with an operating system optimized for PCs, tablets and phones in unique ways, the Redmond, Wash.-based firm was onto something. Skipping the Windows 9 name entirely, Microsoft issued a public preview of the shiny new OS later that autumn, known as Windows Technical Preview (WTP).

You can try it out for yourself through Microsoft’s Windows Insider Program (nearly 4 million have, as of May 2015). You’ll need a Microsoft account to get it, and it’s worth bearing in mind that it’s not the finished product, so it will be a bit rough around the edges.

Since its September 2014 reveal, Microsoft held a consumer-facing preview of the upcoming OS in January 2015, and shelled out even more details during its Build 2015 conference back in April. As the months have passed through those milestones, new features rolled in with each Windows 10 preview build update. And now, with a release date announced, the OS is mighty close to completion.

Cut to the chase

When is the Windows 10 release date?

Microsoft slated Windows 10 for a summer launch, and the company has stuck to its word. Following several leaks (and one giant snafu from US retailer NewEgg which published an inccorect launch date), it has now been confirmed that Windows 10 will launch on July 29.

That said, it’s unlikely that Windows 10 will release for all device types on this date. Judging from comments made by Microsoft Corporate VP of Operating Systems Joe Belfiore, the company has planned a phased approach to the launch. Windows 10 will release for desktop and laptop devices first, then trickle down to phones, the Xbox One, Arduino machines and its own HoloLens.

For Windows 7 and 8.1 users, Windows 10 will be free for one year. After that period – not to mention for standalone copies of the OS – the asking price starts at £79.99.

Microsoft’s Executive Vice President of Operating Systems Terry Myerson announced in January that Windows 10 will be free for existing Windows 7 and 8.1 users for its first year. Microsoft also confirmed a while ago that the two most recent Windows versions will be able to upgrade to Windows 10 directly.

The company promises that it will support those who scored a free upgrade to Windows 10 with security and system updates for the lifetime of those Windows devices.

Neowin reported back in February that Microsoft has trademarked the term “Windows 365,” supposedly with the intent of it being a service. The news and speculation has sent folks buzzing about the possibility of a subscription-based Windows to come, though that’s not likely to be Windows 10. Oh, we hope not.

Confirming the rumors and leaks leading up, Microsoft has already started the upgrade process for current Windows 7 and Windows 8 users. If your machine is up to date today, you will soon see a small icon of the Windows logo on your task bar next to the internet status icon.

Clicking it will open a window that details the upgrade process and will allow you to “reserve” your free Windows 10 download by providing your email address. Presumably on or in advance of launch day, Microsoft will download the OS to your device and notify you when it’s ready to install.

What follows that prompt are a few bits of info to tease the new release and get users excited. It’s that easy.

Windows 10 will be available in 7 versions, far more than one would have expected in the first place. While IoT, Mobile, Home, Enterprise and Professional were already confirmed, Mobile Enterprise and Education were unexpected. In comparison, there were only four versions of Windows 8.1 (five if you include Windows Phone 8) and one of them was Windows RT.

For the more experienced or foolhardy users in Microsoft’s “Fast” ring, they’re already up to preview build #10122. The new build is not as stable as the “Slow” ring’s aforementioned latest release, but introduces new features like the New Tab feature in Microsoft Edge that the company showed off during its Build 2015 show. However, these builds are always less stable than the more tested “Slow” releases.

But back to build #10074, this version brings the debut of the resizable Start menu from “Fast” ring build #10056, not to mention the first look at Microsoft’s new Mail and Calendar apps in a stable environment. Most importantly, this version gives users their first look at Microsoft Edge, the company’s new default browser for Windows 10. The release also includes the translucent, resizable Start menu as well as deeper Cortana functionality and Live Tiles on the Start menu.

What Microsoft hasn’t seemed to address yet is how folks who installed Windows 10 outright on a machine will be able to “upgrade” to the final version once it launches this summer.

Further updates are in the works (already)

Before Windows 10 has even launched, Microsoft’s upgrade plans for the OS have leaked. Operating under the codename “Redstone”, the Windows maker will issue updates in two waves.

According to Neowin’s report, the first will come June 2016 and the other October of next year. But don’t expect huge, sprawling changes from these updates – they’re likely to be tweaks to the new OS for specific types of hardware and other improvements